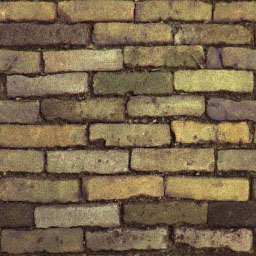 It occurred to me recently in conversation that sometimes we polytheists throw around terms that many of us understand but that  many others do not. I would like to take a moment to clarify that term for those who are unfamiliar with it and its use in the context of some polytheistic religions.

Reconstructionsim, here in this case, is a reference to a methodology. It is a methodology which relies on historic content, folklore, linguistics, archaeological finds and so on to reconstruct a facsimile of what an ancient religion, or parts of it, might have been like, and to bring that facsimile forward to the modern day.

A lot of modern polytheists employ reconstructionism to a certain degree in various different groups under broader categories from Celtic to Hellenic, Roman to Kemetic, and so on. This is to say that not all who practice a Celtic polytheistic religion—or a Hellenic one, or a Roman one, or a Kemetic one, et cetera--employ reconstructionism, but some groups and some individuals do, and some groups or individuals may employ the method to a greater degree than other groups or individuals.

As for benefits: I think reconstructionism can be a good fallback if a person has little to go on and is just starting out to honor a deity who does not have modern cultus, and a person is new to developing a relationship with the deity. It’s can also be used to fill in gaps where relationship or understanding isn’t quite there yet. Or, it can be used in concert with deities, under their guidance, and with their needs taken into consideration. There are other situations, too, where it can be of use. Reconstructionism is a tool for a job. It’s not the only tool, but it is a tool, and it can be helpful.

A few drawbacks: When folks use this method sometimes there is a tendency to force relationships with deities into human-centric molds, expectations, and demands. Sometimes this is done even to the exclusion of what a deity would prefer, or even to the exclusion of an actual relationship with a deity at all. Or even to the point of assuming real immediate relationships with deities don’t happen. There is also a tendency to expect that reconstructionism is the best, most intelligent, most educated, systematic way or even the only way, or the only “real way,” to go about engaging in religion in regards to the worship of an ancient deity. There’s an idea that others who do not employ this method are engaging in inferior methods, or are just “making stuff up.” There’s a tendency, too, to dismiss real relational content simply because it may not fit the human-made mold or meet the human expectations. There are ways of measuring validity of an experience which doesn’t require a citation from three different historians who don’t cross reference themselves…but I digress, and that’s another topic for another day.

Sometimes in using reconstructionist methods, there’s a focus on matching the religious structures to what we know of from history…while missing the point of the religion in the first place: religions are dynamic systems of structures, agreements, expectations, rules of engagement for relationships with deities. I use that word "dynamic" to indicate that sometimes systems are not static, sometimes it changes in accordance to needs of the beings and Beings, human and otherwise, in those relationships. Without this relational component, religion is a house with no one living in it, a cup that remains empty, a library with no resources. When a religion is minus relationships with deities, it is without depth, without core, without wisdom, without breath, without soul or animation, without connection, without the very splendor for which it is supposedly created. You might as well have a history-culture-and-deity fan club (which is fine, too, but it’s not a religion!).

A big problem, that often shows in practical use of reconstructionism, lies in a failure to account for the limits of history, what history can be used for and what it cannot be used for, the biases in historical record, and the biases of historians and their interpretation of the information available. I’m not throwing out all of history or all of the study of history, here, or useful historical background in these matters; I am simply saying that there are limits. There is a risk of over-valuing the word of a limited human account about what a deity wants, while missing or dismissing experiences gained in the relationship with the deity Themselves.

In short: Reconstructionism is a good tool; it is only one tool of many a person could use. Reconstruction is a method where by a person can look to history for cues in creating religious systems and structures. Accounting for the limits of reconstruction is necessary as well as accounting for the limits of history. It is necessary, too, to avoid misunderstanding the structure and systems (a religion) for what it should hold (relations with deities). I say this with a soft spot for reconstructionism; I have found it useful over the years. It’s not a bad tool, and it has its benefits. There is a problem in an over-extension of the tool's use beyond its "factory specs," beyond its actual limitations. There is a problem in not understanding generally where those limitations are and working with those limitations in a conscious way.

Image Credits: Photo of a brick wall texture by Aardappell, public domain.
Posted by Tess Dawson No comments: Links to this post 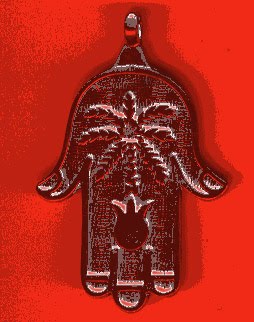